The AGCO Crop Tour 2019 is underway at seven locations in Northwest Europe, focusing on sugar beets and corn.

The AGCO Crop Tour 2019 is underway at seven locations in Northwest Europe, focusing on sugar beets and corn. 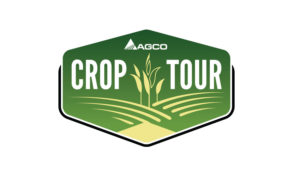 Agronomic value demonstration plots of corn and sugar beets are planted and growing at AGCO Crop Tour locations in France, Germany, Holland and Switzerland, with the goal of helping farmers achieve optimum yields while reducing production costs where possible. While that’s especially important with the less-than-favorable market conditions for sugar beets in the European Union, the agronomic lessons we’re learning and sharing also can apply to sugar beet production around the world.

As we’ve reported in a prior blog post, the AGCO Crop Tour initiative in Europe uses side-by-side trials to compare best planting practices and show the advantages of planter technology by using Precision Planting® row units on custom frames. The planters were pulled with Fendt 313 Vario and Fendt 516 Vario Profi Plus tractors. 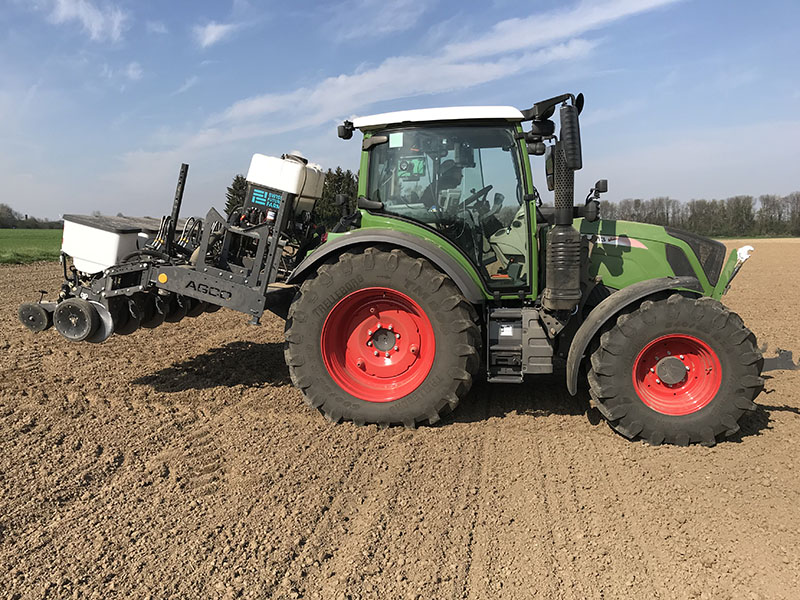 First, a weather report. Above-normal temperatures allowed early planting in some regions. Then, three weeks of colder-than-normal temperatures stalled those efforts and delayed planting to the point that some farmer-cooperators planted into low soil temperatures in order to get both their sugar beets and corn in the ground. Cold weather continued, with a late frost affecting the sugar beets in some of the Crop Tour plots. The first herbicide treatment in conjunction with low temperatures was too much for many of the delicate young sugar-beet plants, leading to above-normal plant loss. The corn seem not to have been greatly affected by the low temperature other than slow growth.

As we observed the plots in the early days, it became very clear how important it is to get an accurate planting depth when planting sugar beets. The beets planted shallow at 1.27 centimeters (.5 inch) had a significantly lower emergence rate than those at the ideal depth of 2.5 centimeters (1 inch). Because seeds planted in dry surface soil lack adequate moisture to germinate, our conclusion is that we would rather plant a bit too deep than too shallow.

As the season progresses and at harvest, we will document how sugar beets and corn are affected not only by different planting depths but also by plant population, planting speed, closing systems, singulation, down force, use of starter fertilizer, section control and soil compaction. So far this year, we have held two Crop Tour events, both in Germany¬ – at the AGRAVIS plots in Uelzen and at ZG Raiffeisen in Karlsruhe – with the focus on plant establishment and emergence. These are the first of several crop tour events that will follow the growing season, with the final harvest events planned for the fall.

In order to survive and prosper, it behooves growers to reduce the cost of producing a ton of beets. In some regions, growers are already looking at alternative crops to sugar beets in the rotation. Some farmers are reducing their investment in beet equipment and relying on contract and custom work to reduce costs.

Here at AGCO, we are doing research to look at ways to reduce the cost of production. One approach is to reduce the number of tillage passes needed to prepare the seedbed by using heavy-duty, precision-technology planting units and the best planting practices we’re studying in AGCO Crop Tour plots. 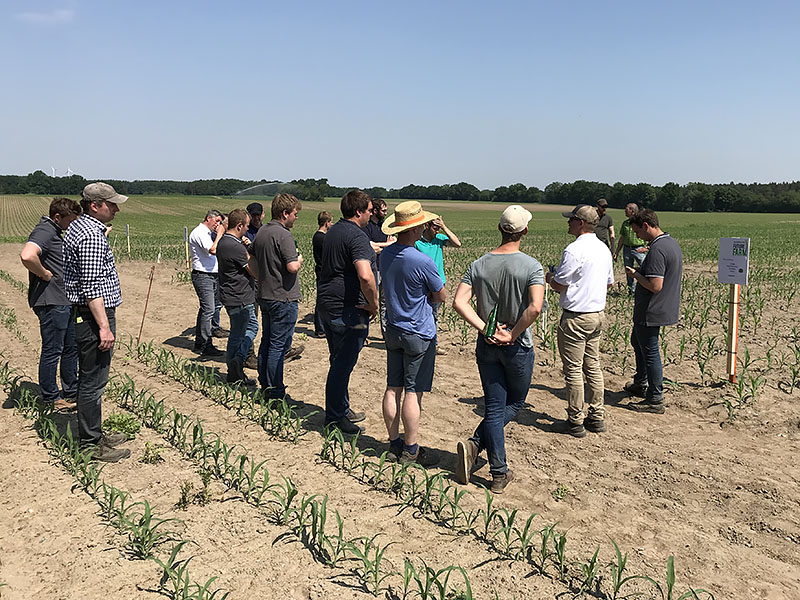 Another factor concerning beet growers is the phasing out of neonicotinoid pesticides in Europe. The Neonicotinoids are part of crop-protection tools that reduce green peach aphids that are a major vector for beet mild yellowing virus (BMYV). Some countries as made dispensation for the use of neonicotinoids in beet production but are looking intensively at alternative ways of protecting the beets.

The increased focus on reducing pesticide usage in sugar beets has resulted in increased research in pesticide-free or organic sugar beet growing all over Europe. Currently researchers are pursuing a range of different paths toward that goal, such as using technology to solve the problem with weeds in the sugar beet fields. GPS guidance, cameras and even robots can aid in inter-row cultivation as a measure against yield-reducing weeds in the beet production. In the coming years, we believe we will see increased investment in technology to solve some of the problems that require the use of pesticides today.